As many of you by now know, the signature collection effort to veto the 7 recently signed anti-gun laws was a complete and total failure. It is my understanding that the petition for SB 880 (which defines pretty much any modern sporting rifle as an illegal “assault weapon” in California) garnered only 180,000 total signatures statewide. We needed 386,000 valid signatures to force that referendum onto the ballot. Clearly, we fell short of that target.

I will admit that I am still in a bit of shock at how low the signature count turned out to be. Our little store, which is not heavily trafficked, produced over 1,400 signatures on the SB 880 petition alone. I felt very confident when I took our “giant” stack of petitions down to the volunteer center. Call me naïve, but I was proud of our store’s performance and excited to talk to the volunteer about the count. I was shocked to hear that, with only 1 day to go, San Diego County had produced only 15,000 signatures for SB 880. The volunteer said they needed 40,000 to 50,000 out of San Diego County. Obviously, I walked away deflated. It was the next evening when I saw the press release from the NRA stating that the effort had failed.

A lot of people spent a lot of money, time, and energy collecting signatures. To those people I say “thank you.” Make no mistakes; there is no second place in this fight. There is no room for moral victories where our rights are concerned. We either win or we loose; and we lost big. That said, to those of you who did everything reasonably in their power to collect signatures, thank you.

Time to Address the Root Cause of Our Loss

The first reaction of many is to blame the “keyboard commandos”. The guys who make a lot of noise on the Internet, but won’t lift a finger when it comes time to get off the couch and act. Others have lashed out at the NRA, which was totally AWOL during this effort. The NRA did not spend one penny to help us. There is truth to that, but the blame game gets us nowhere. The problem here is clear and it has nothing to do with apathy or the useless NRA.

If we have learned one lesson from this experience it is that we are simply the most utterly disorganized group of people in the history of political movements. Political change does not come from well meaning, but disorganized individuals. Political change comes from a passionate, well organized, and vocal group of like-minded people who work together as a team to accomplish a common goal. We did not work well as a team in this veto effort and that is why we lost.

Our lack of organization is understandable to some extent. Those on the Left side of the political spectrum organize well in large part because they believe in collectivism and groupthink. It just comes naturally to them. The Libertarian and Right side of the political spectrum is made up of rugged individualists. We reject groupthink and dependence on others. Politics doesn't rank high in our lives. We just want our government to leave us alone, so we go home, crawl into our caves and ignore the outside world. By our nature, we just simply don’t organize well. That has to change.

Let’s face it, “they” have been on offense for almost 20 years and we’ve been on defense and it’s getting worse, not better. If you want to get things done like Liberals, then you have to start organizing like Liberals. We have to band together and we have to get active and get noisy. Real change requires real change.

I know of no serious political reform that began at the national level. All successful political change begins at the local, grassroots level. Example: Of the 24 state senators who voted Yes on SB 880, 18 of them once served at the city council level. We have to engage local politicians who will someday sit at the state level. We have to defeat local anti-2A politicians so they never make it that far. If we win at the city council level today, then we will win at the state level tomorrow.

Okay, So What Now?

In San Diego County we are lucky enough to have an organization that is beginning to have an effect on local politics. San Diego County Gun Owners is only 11 months old, but already has nearly 500 members with a goal of 5,000 members or more. If you live in San Diego County and aren’t already a member of SDCGO, what the hell are you waiting for? Stop reading right now and click over to their membership page (here) and join. It’s only $10 per month. SDCGO hosts 3 meetings each month; one each in North, Central/ East, and South County.

In their short 11 months of existence SDCGO has already had a positive effect on gun rights at the local level: They have:

Those outside of San Diego County must begin to organize their own groups similar to SDCGO. The founder and Executive Director of SDCGO, Michael Schwartz, had no experience in organizing political action committees. He did not have a history in politics. He was just some working stiff like you and I, but he took it upon himself to take positive action. Are you willing to do the same? It can start with you and your shooting buddies. It can start with you and the guys you argue with on Calguns.net. SDCGO is beginning to develop a blueprint for how to get communities organized. That blueprint is not hard to follow, but it does take determined people willing to get off the couch, band together as a team and make it happen. It’s not going to happen by itself. Someone else is not going to do it for you. You have to make it happen.

At the state level there are groups like The Calguns Foundation and The California Rifle and Pistol Association that are very active in the court system. I would encourage you to become a member of those groups as well.

This fight will not be easy. At first there will be more losses than victories. It took us 20 years to get to this point. It may take us 20 years to regain what we’ve lost. It’s going to be hard and it’s going to take a long time. This fight will not be won by being passive. It will be won by those who are willing to engage. Are you willing to engage?

Do you want change? Are you willing to change? You can start by simply getting off your couch and attending a meeting. 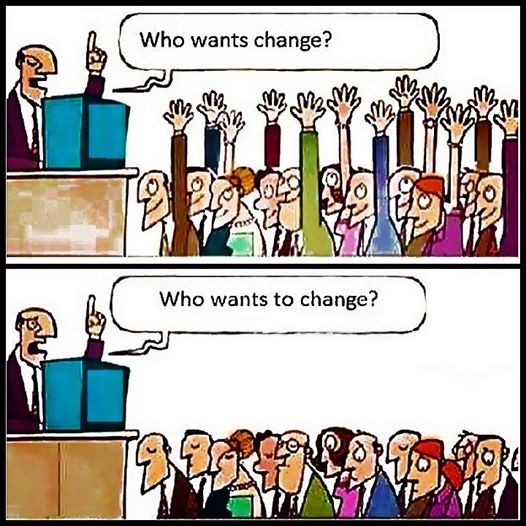