If you are reading this, chances are, you’re a criminal. In July of 2016 California Governor Jerry Brown signed SB880, AB1135, and SB857 into law. These laws required peaceful, law-abiding California gun owners to register their evil “assault weapons” (AB880 and SB1135) and to serialize and report their impossibly more evil “Ghost Guns” (SB857) with their benevolent political masters in Sacramento before July 1st, 2017. Those same peaceful, otherwise law-abiding gun owners responded with a resounding “F*ck You.” …And good for them.

Preliminary numbers, which do not include last minute filers, show that in our state with millions of gun owners totaling countless more millions “assault weapons”, only 6,213 gun owners registered a measly 13,519 guns. Even if the final tally doubles or triples those numbers, that is still the largest act of civil disobedience in American history.

To say these numbers are a surprise would be to ignore history. New York and Connecticut have passed similar laws in recent years and estimates from those two states show that fewer than 10% of rifles were registered in CT and fewer than 5% were registered in New York. The US Census Bureau says that California was home to 39.54 million people in 2017. According to a CBS News report, citing numbers from 2015, 19.8% of California residents own guns. That is 7.82 million gun owners in California. While it is unclear how many of those gun owners own “assault weapons” affected by the new laws, the numbers still display the impotent nature of our state government and the ineffectiveness of its continued assault on peaceful people.

An Outlaw State of Mind

California gun owners: Embrace your criminal self. Laws are about power, not morality. Through our media, social reinforcements, and our government educations, we’ve all been conditioned to believe that because something is illegal it is wrong. We’ve been told that the government is the good guys and criminals are the bad guys. That is complete and utter horseshit.

People who engage in selling lemonade without a permit/ owning a magazine that holds 11 rounds/ smoking weed are NOT “bad” people doing “wrong” things. Stop believing that nonsense. All of that is just a bedtime story the government told you to make you behave. Stop it!!!

As an American (i.e. a supposedly free person) you should be free to do anything with your body or your property that you wish unless it encroaches upon the freedom of someone else. There is only ONE real crime, which is violence against someone’s person, property, or liberty. Everything else is just legislating morality and the government should not be legislating morality.

Get Down with Your Badass Criminal Self

Face it gun owners; we are the new “bad guys”. Despite any and all practical, factual evidence showing that “gun control” has nothing to do with “crime control”, our government has selected us to be the new scarecrow in their never-ending war for “population control”.

America has a rich history of criminality. Our country was born from an act of treason against an out-of-control government. Every act of progress in our nation’s history has involved rejection of government. Whether it was the abolition of slavery and Jim Crow laws, or the enfranchisement of women, or ending alcohol prohibition, laws were broken. That’s because the laws were wrong. That’s because the real good guys won.

Criminality does not define morality. Criminality only defines how much of your life you are willing to let the government control. Embrace your inner outlaw.

Okay, You are a Criminal. Be a Smart Criminal.

If you are going to be a criminal, be a smart criminal. No one wants to have their lives destroyed for owning something that might be criminal, but isn’t “wrong.”

And here is where things will get controversial... I know most of the people reading this consider themselves to be “pro law enforcement.” I am not going to make a judgment on whether cops are good or bad. That is up to you to decide. However, whether you like cops or hate cops, for your own safety, you must understand that cops are the enforcement arm of an out-of-control government.

The only tool any government has in its toolbox is force. These laws ARE being enforced by police officers and you should know how to talk to cops and what rights you have. First, never, EVER, talk to the police. A cop can only check your guns against the state’s database if you give them permission or probable cause. Avoiding probable cause is simple. If you are on your way to the range don’t drive 80 in a 65 zone. If that means you will be late, then leave earlier next time. If you have illegal guns in your house, don’t have loud arguments with your wife. It’s common sense. Be a criminal, but stay under the radar.

As far as permission, the answer is always “no”. If a police officer asks if he can see one of your guns or check your car when he’s pulled you over, the answer is “Officer, I know you are just doing your job, but I do NOT consent to any search for any reason.” Be polite, but be firm. One of the many sad aspects of these laws is that they necessitate respectful relationships between cops and peaceful people become adversarial relationships. The answer is ALWAYS “no”.

The object is to live outside the law, but don’t end up in a cage. Like cops or hate cops, you must re-evaluate your relationship with the police. Maybe they ARE good people, but they are also the people who will throw you in a cage and destroy your life even though you are a completely peaceful person. At the end of the day, they ARE the government. I’m not telling you to hate cops, I’m advising that you be smart about how much you disclose to your government.

The First Step is Admitting It

You must understand that you are a criminal. That doesn’t mean you are a bad person, it just means you are living outside the law. However, you will make better decisions in your effort to protect yourself if you just admit it. Don’t make excuses for it. Don’t put it in terms of right and wrong. Just admit it. Say the words out loud right now as you read this, “I…am…a…criminal.” Now, you’ve said it and you can’t take it back. You can’t say “I didn’t know” and you can’t lie to yourself anymore.

Let that knowledge play into every decision you make when it comes to your guns and your relationships with law enforcement. Drive smarter, choose your shooting spots carefully, choose your shooting partners carefully, don’t talk to cops, reject government force in all its forms, be careful what you post to social media, and look for non-traditional allies in the 2A fight. Join groups like San Diego County Gun Owners, Gun Owners of America, and FPC who are fighting to restore our rights.

Americans are law breakers by nature, because we inherently understand that government force is the antithesis of Liberty. You’re an American. You’re an outlaw. Be a good outlaw. 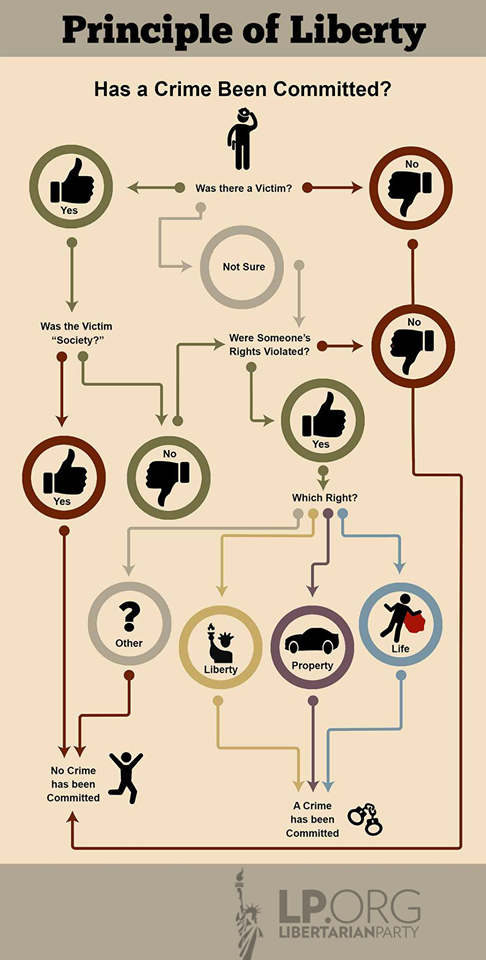